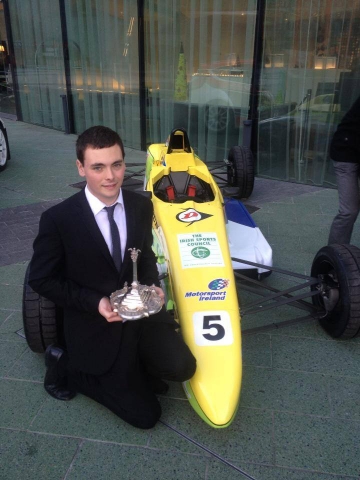 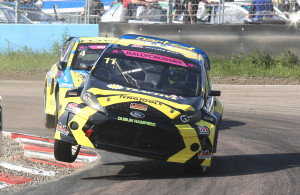 The Future of Irish Motorsport Secured

A very successful year for Irish racing and rally drivers, both home and abroad, culminated with the Dunlop Motorsport Ireland Awards 2013 in Dublin this week. The highlight of the ceremony is marked by the presentation of the prestigious Manley Memorial Trophy to the International Driver of the year and the awarding of the Billy Coleman and Sexton Trophies to two of Ireland’s greatest prospects for future success. Commenting at the awards, Joe Corcoran, President, Motorsport Ireland, said “2013 has been an amazing year for Irish Motorsport. We have had champions crowned in Europe, drivers becoming internet phenomena because of spectacular finishes in the USA; brothers battle it out for national championships and the list goes on. Today is about recognising these high achievers and identifying the future champions that will compete and win on the world stage for Ireland. With the talent that we are celebrating today I feel that the future for Irish Motorsport is looking very secure.” The Manley Memorial Trophy is awarded by a select panel of motorsport media to the driver who has not only proven to be a success on the track but also has acted as a positive role model and ambassador for the sport. Joining such luminaries as Craig Breen and Keith Cronin, Derek Tohill, the current FIA European Rallycross Champion in the Touring Car category, was named Driver of the Year at the Dunlop Irish Motorsport Awards in Dublin. Derek Tohill, commented, “Becoming the European Rallycross champion for the second time is a fantastic feeling and to have my continued efforts to win and improve recognised today has topped off my year. I hope that this belief in me will be reciprocated when I start next season and hopefully bring home another championship title for Ireland.” An integral part of the Dunlop Motorsport Ireland Awards 2013 is the presentation of the Billy Coleman and Sexton Trophies to two up and coming drivers who have the potential to represent their Country at the highest levels. The winners both receive financial support to help them move onto the next step of the professional rallying and racing circuit but, more importantly, they benefit from the guidance of professionals that have assisted young drivers become international success stories in the past. The Billy Coleman Award for the Young Rally Driver of the Year went to Monaghan’s Stephen Wright ahead of runners up Robert Duggan and Josh Moffett. Wright is one of Ireland’s best young drivers and was a runner up himself in the award last year. This year Wright put in some excellent performances which included victory in the Production Car class in the Irish Tarmac Championship and in both the Donegal International Rally and the Cavan round of the Dunlop National series. Wright will now receive €50,000 worth of support for the 2014 season when he intends to compete in the Belgian Rally Cup. The Dunlop Sexton Trophy for the Young Racing Driver of the Year was awarded to Niall Murray ahead of runners up Stephen Daly and Jonny McMullan. The Dublin driver excelled in his début year in Formula Ford, with the highlight being his victory in the internationally recognised Formula Ford Festival at Brands Hatch at the end of the season, when he defeated a top class field from many countries to win the Final. Motorsport Ireland continued to honour all their National Champions at the lunch as well as individuals that have contributed to the sport throughout the year. The Ivan Webb Memorial award for Most Outstanding Contribution to Irish Motorsport went to Ann FitzGerald from Carrick-on-Suir Motor Club who has been an integral part of the Irish motorsport community for many years. The JC Millard Memorial Award for Clubman of the Year went to Marty Kinsella from Wexford Motor Club for his contribution both as an organiser and a competitor.